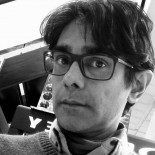 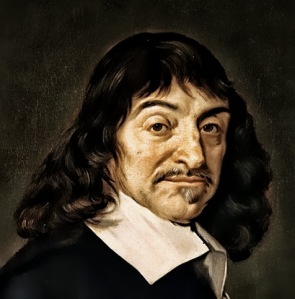 Marxists and other dialecticians are fond of asking: what is living and what is dead in Hegel? This question presumes that Hegel’s resources have been exhausted and that ideology has granted his ideas a fair crack of the whip, so to speak.

In truth Hegel’s ideas have never assimilated easily into bourgeois knowledge, which is dominated by the legacy of his illustrious predecessor Kant. So one might better start by asking: what is living and what is dead in Kant?

Now there is plenty to criticise in Kant and incomparably plenty more to criticise in the neokantian ideologies spawned by his epigones. But one cannot deny Kant one great revolutionary insight, the ball that German Idealism (Fichte, Schelling, Hegel) picked up and ran with, so to speak.

Kant consistently highlighted the active role played by the subject in the construction of our world. This was in contrast with previous philosophies that, implicitly or explicitly, cast the world as something divinely ordained whose fundamental cast could not be altered by mere human will. Not that Kant was a voluntarist, of course: our will is constrained (as subjects we are also subject to laws), but by mundane forces immanent to the world rather than transcendental or divine ones.

For instance, the first of these, the faculty of pure reason, comprises various transcendental categories that are applied to form the mere stuff of phenomenal experience into something that can be experienced in the first place, which itself presents in processed form, having already passed through the transcendental aesthetic, a hard-wired sense of Euclidean time and space. In particular, the noumenal object or thing-in-itself remains inaccessible to knowledge (since it has no sensuality we can grasp it by), posited as a necessarily non-sensible cause of its sensible phenomena.

Trouble with the thing-in-itself

Of course the thing-in-itself would instantly become one of the most controversial aspects of Kant’s system. Fichte, Kant’s first great populariser and disciple, the founder of the dialectical tradition in German Idealism (though not, ultimately, its greatest exponent) simply dismisses the thing-in-itself, blithely ignoring Kant’s protests that one really could not do that without breaking his system. Fichte’s successors follow suit in this assessment.

More surprisingly, we see a similar scepticism in the first great wave of reaction against dialectics: the post-1848 rise of Schopenhauer and then Nietzsche. This would be the first of many returns to Kant contra Hegel, but neither Schopenhauer nor Nietzsche can stomach the thing-in-itself.

So: if the one thing we keep from Kant is his attention to the active role of the subject in shaping the world, the one thing it seems we can safely ditch is the thing-in-itself, the nonsensory object-cause that could only ever be grasped by some illegal feat of intellectual apperception.

Straight away we run into a problem: namely that the subjective machinery Kant delineates is inseparable from the phenomenal object it is designed to retrospectively construct. The subject-for-itself and thing-in-itself are two sides of the same coin; one cannot specify one without invoking at least the spectre of the other.

The Good Kant, it seems, comes chained to its shadow, a Bad Kant whose emblem is the thing-in-itself, the object withdrawn into pure interiority, disengaged from and disinclined to any phenomenal interaction with the subject-machine.

One way of looking at this – and I offer this analogy tentatively – is that Kant’s systematic description of the subject-machine with its faculties and categories chomping away at our raw experience amounts to specifying an API (application programming interface), and hence necessarily specifies a discipline or taxonomy on the objective phenomena it interacts with and feeds upon.

In short: every theory of the subject calls forth a theory of the object, its baleful mirror twin. A materialist dialectic is one that summons forth this demon twin and exposes it to the light of reason.

Now Kant was not the first philosopher to consider the subject, nor is this materialist trick of inverting the gaze or looking down the telescope through the wrong end applicable only to his work.

Descartes, in many ways the founder of modern theory of the subject, also engaged in an exploration of objective phenomena through his mathematical work. Maths is to Descartes what the thing-in-itself is to Kant.

This suggests one could cut the Gordian knot outlined above and resolve the question by abandoning the thing-in-itself and moving back to a Cartesian conception of mathematical entities as intellectually apperceptible noumena, ones that exhibit the grammar of being (to put it in Badiou’s terms) in abstraction from any sensuality.

The wager here is that Kant has misrecognised mathematics and consequently filed it away in the wrong compartment. It is not synthetic a priori knowledge, the molecular transcendental structure of sensory-phenomenal subjective experience. It is an intellectual apperception that grasps what can be said of being-qua-being directly, bypassing any sensory mediation. Mathematics presents a materialist ontology, a Platonism of the multiple.

What, then, of Descartes’s mathematical breakthroughs? The keystone for this objective Descartes is not the cogito but the Cartesian synthesis of geometry and algebra. By positing the notion of Cartesian coördinates that index the Euclidean plane as a pair of real numbers ⟨x, y⟩, Descartes brought together two hitherto parallel spheres and in this unificatory gesture invented modern mathematics and laid the essential foundation stone for any scientific materialist ontology.

Lacan and the New Cartesian Synthesis

The essential contours of this Cartesian synthesis fit neatly into a schema of Lacan, a more recent theorist of the subject who famously declared: “Mathematical formalisation is our goal, our ideal.” Geometry, the essentially diagrammatic White Mathematics of continuity, filtered down to us from venerable Greeks from Heraclitus through Euclid, corresponds to Lacan’s imaginary, one of “three quite distinct registers that are essential registers of human reality”.

Algebra, the essentially alphabetic Black Mathematics of the discrete, that arrives from without via Diophantus of Alexandria and al-Khwarizmi (Algoritmi in Latin), who lends his name to “algorithm”, lines up with Parmenides and the Eleatics against Heraclitus. It corresponds to Lacan’s symbolic register. These two are locked together by the third register: the real.

In forthcoming posts I wish to outline developments in contemporary mathematics that I believe amount to a repetition of this grand Cartesian gesture, a second interlocking of geometry with algebra, a second real tying together the imaginary and the symbolic.

This New Cartesian Synthesis has its roots in algebraic topology, which I will outline next, and is flourishing today in the guise of homotopy type theory, which hopefully I will get round to at some point.

This entry was posted on 10 January 2014 by bat020 in Philosophy and tagged badiou, descartes, kant, mathematics, new cartesian synthesis.